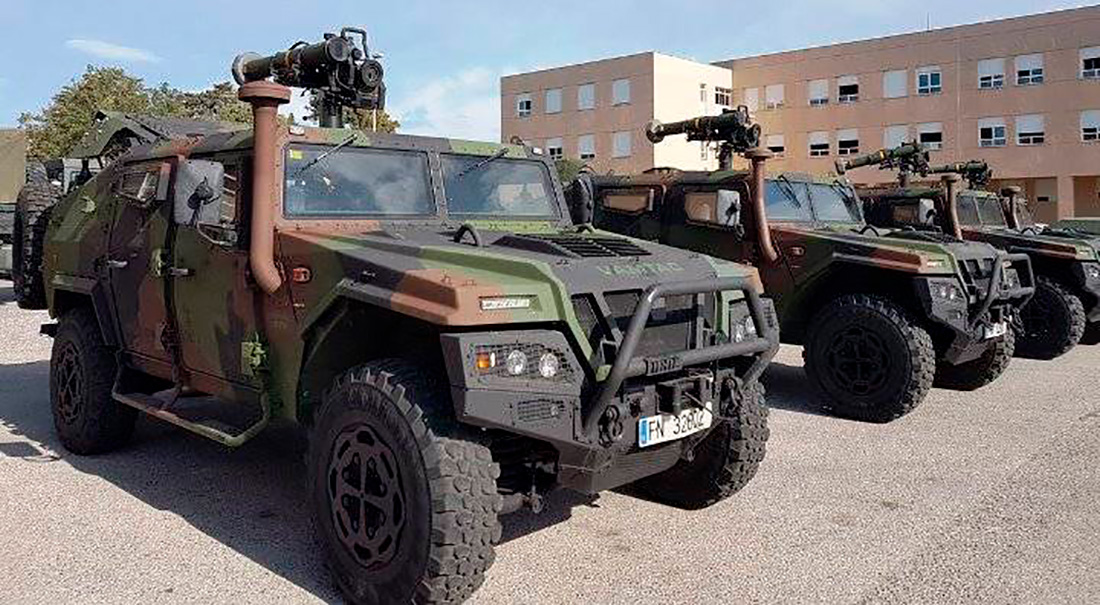 Four VAMTAC ST5 off-road vehicles from the Spanish company UROVESA in Spike configuration have been incorporated into the Counter-Tank Section of the 12th Company of the BDMZ-III (Third Mechanized Landing Battalion) of the Marine Infantry Brigade “Tercio de Armada” (TEAR).

These vehicles are equipped with the ML-SP23 kit, our mount for the Spike anti-tank missile launcher. This is a steerable mount, which allows the Spike system missile launcher to be moved and operated on a vehicle, without the risk of it suffering any damage due to the vibrations transmitted by the vehicle. The system allows rapid coupling of the missile tube to the CLU to fire in less than 15 seconds. Information about our Spike stock is expanded in the Spike.

Read all the information about this news on the Defensa.com website